We frequently highlight Animal Ark cats and dogs on our web page. Today we’re going to do something a little different. We’re going to bring you the story of an Animal Ark kitten…that wasn’t.

Last week we received an email from a concerned citizen. They found a kitten by the side of the road near their home. They called Animal Ark to see if we had room for the kitten.

It’s been an uncharacteristically-busy time at Animal Ark. We’ve experienced an unexpected number of intakes and emergencies, and of course it’s also kitten season which always means an influx of animals.

However, after some deliberation, Animal Ark decided we could take the kitten. Arrangements were made to transport the kitten from Belle Plaine to Animal Ark.

Then, a funny thing happened. The kitten…as kittens do…made herself quite at home in her “temporary” home. She snoozed happily in the laps of the people who found her. A bond began to form. The kitten was even taken to the vet where it was discovered she had a cold. Medication was prescribed and lovingly administered.

And then, the moment came that all pet owners know means there’s no turning back: The kitten was given a name. Mrs. Beasley.

The person who found Mrs. Beasley called Animal Ark and said they no longer needed us to take the kitten. They decided to make the relationship work. In fact, they were on their way to the pet store for supplies: Food, litter, a litter box, and toys.

Mrs. Beasley now has a permanent home because a kindhearted person rethought surrendering her. Average, everyday people decided to take a chance on an animal in need. Mrs. Beasley now lives alongside two large dogs, and of course you can guess who rules the roost. And because of this kind and brave decision, Animal Ark now has additional time and resources for the multitude of animals already in our care.

We often ask our supporters if they have room in their homes and heart for an Animal Ark pet. Today we go a step further and ask, might you have room in your heart and home for an animal you might otherwise consider surrendering? We at Animal Ark know more than anyone that pet ownership is a huge commitment and not everyone is up to it. And there’s no shame in admitting you’re in over your head. That’s where we come in.

However, if there’s any chance that you have the time, resources and patience to take in a wayward animal that came into your life, you might just find that the rewards far outweigh the effort. Animal Ark expresses our gratitude to the people who took in Mrs. Beasley, and all the people just like them who open their homes to wayward animals. And we thank our supporters for ensuring Animal Ark remains a place where homeless animals receive the care and affection they need while awaiting their forever homes.

Thank you for supporting Animal Ark! 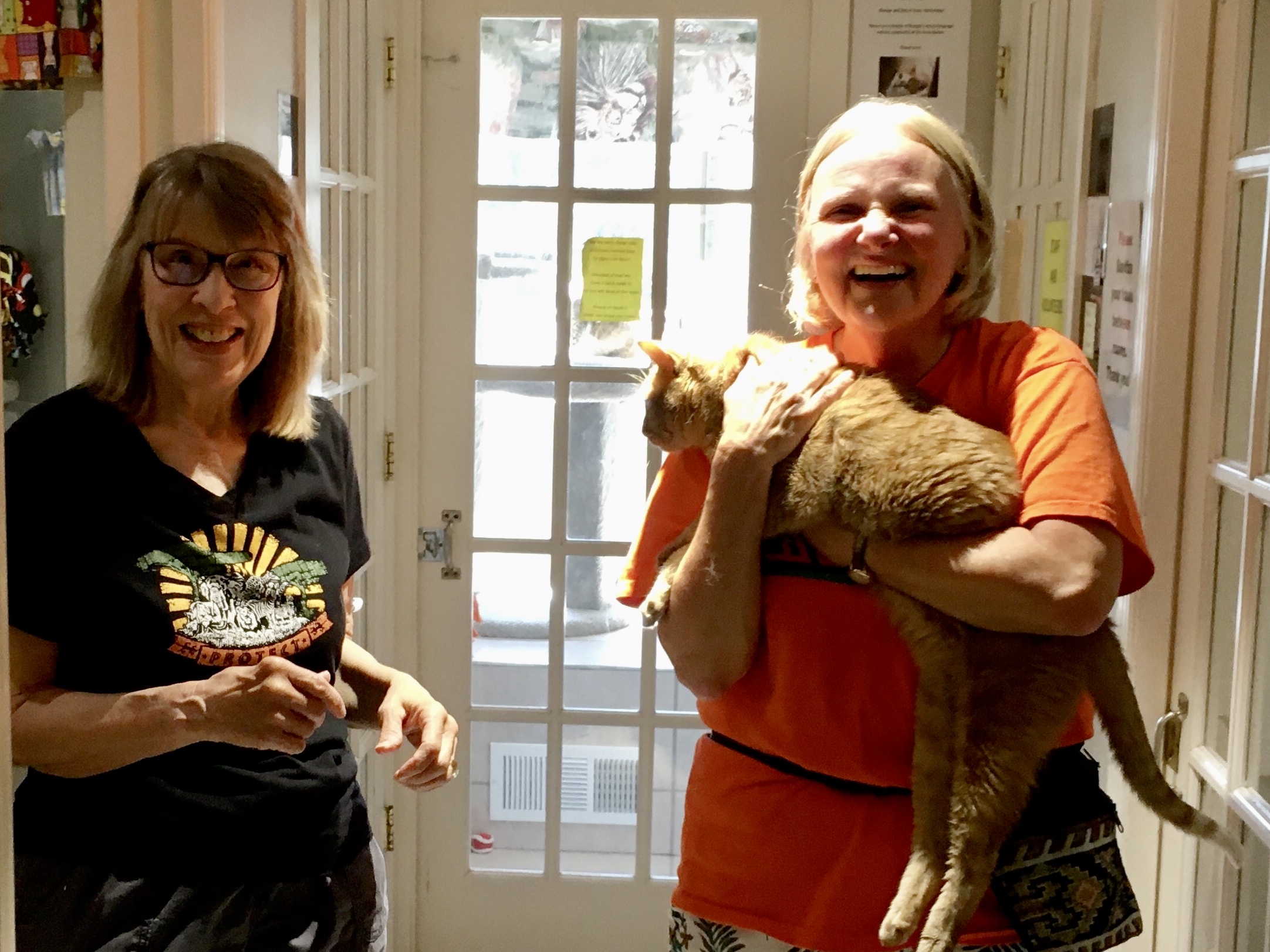